Showing posts from January, 2012
Show all

The First Noble Truth is the Blues 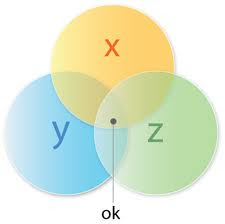 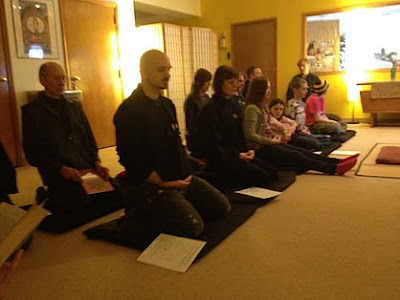 So here are some pics from last Sundays Ango Opening Ceremony at the Buddhist Temple of Toledo  posted in the spirit of a proud and well pleased Papa: Rev. Do-on in the Lead for this Ango period guides the sangha in the recitation of the text we'll be using from from BodhiDharma Preparing to create the Ango Scroll which all participants will then sign. Gathered around the family table...
Post a Comment
Read more

Jazz and the Birds of Appetite

This past weekend I was in Louisville Kentucky participating in the Jazz Education Network conference.  Interestingly, I learned from the current mayor of Louisville that my old influence Thomas Merton was a big Jazz fan, and played a part in the Louisville Jazz Society . So here is some blowing from a Buddhist priest dedicated to old Hermit Merton, from whom I first heard the word Zen: And for those odd folk who may find the subject to be of as much  interest as I do, give this a try: Merton: From Jazz to Chant
Post a Comment
Read more

The Toledo Zen Center is adding another name: The Buddhist Temple of Toledo

By Rev. Jay Rinsen Weik - January 01, 2012
The Toledo Zen Center is adding another name: The Buddhist Temple of Toledo As you may have noticed, as time goes on in life and in the practice of the Dharma we tend to acquire new names and titles. Married names, Buddhist names, new job descriptions, etc... The same is true for institutions as well. And the Toledo Zen Center will be adding another name - The Buddhist Temple of Toledo. The Toledo Zen Center is still very much the Toledo Zen Center. And it is also ‘The Buddhist Temple of Toledo.’ There are several reasons that an additional title be added to the leaky warehouse space we’ve come to know as our spiritual home. The first of which is that we have been thinking about formally dedicating it as a Temple since our ordinations 2 years ago. After all, where there are ordained Priests and a Sangha gathering regularly in a dedicated space that is open to the public you have a Temple. Easy enough. But we delayed in taking on this title as we were looking to make
Post a Comment
Read more
More posts